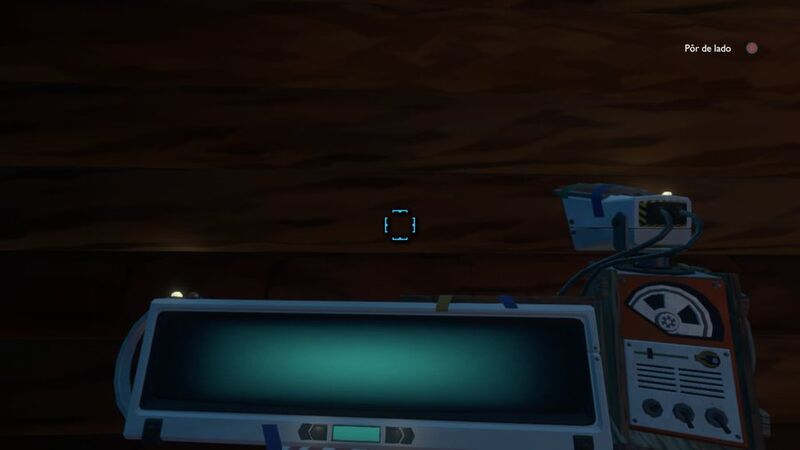 The equipment in hand 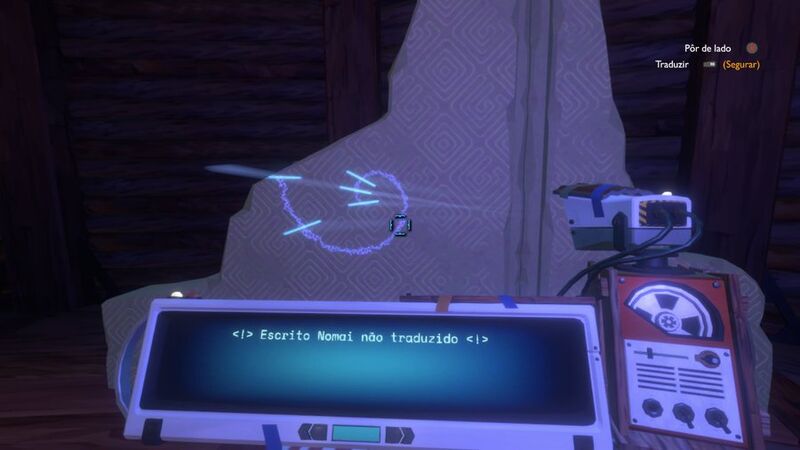 The translater in range 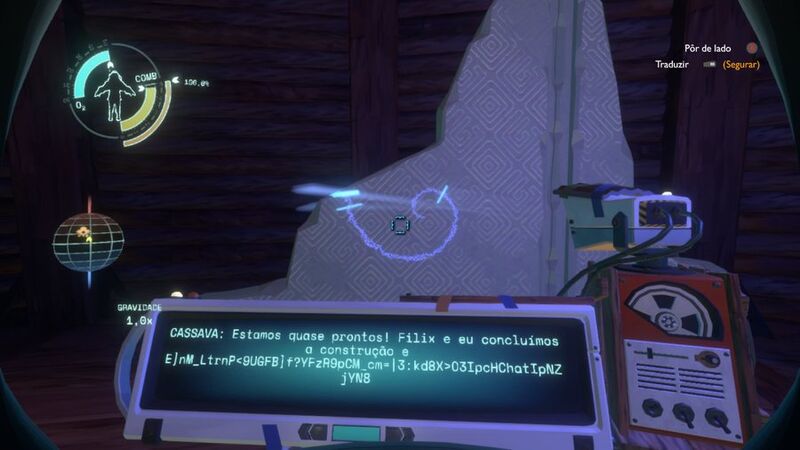 The newest addition to the Hearthian's instruments, the translation tool was made by a collaboration between The Protagonist and Hal. It has a range of 3 to 4 meters and can only be equipped when inside of this circle with the Nomai writings. The processing can take some seconds between the click of the translate button until the prompting of the translation[1], but after that the system will automatically print the results if the reader sweeps again through same scriptures.

The written form of the Nomai Language even if not understandable without the translator has some defining features that are worth to pay attention when reading it: 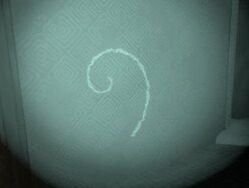 It has a recognizable curvy appearance, and because of that, different hand writings can be differed by the precision of the curve.

An example of how you should read the nomai writtings

First we have a single curve that represent the beginning of the text, from that others branch out, you should follow the following sequence:

The same writing can have different authors symbolized by the lines that branch out of the first one, it usually means that it is a dialog between them.