Difference between revisions of "Hollow's Lantern" 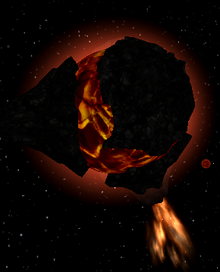 Sometimes, a fireball misses the crust and enters the black hole of Brittle Hollow, causing fireballs to be found elsewhere in the solar system. Due to this, sometimes a ball of lava can be found crash-landed on a planet far from Devil's Furnace. 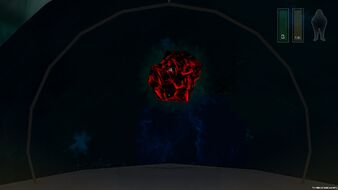 A fireball that has landed on Giant's deep.
Retrieved from "https://outerwilds.fandom.com/wiki/Hollow%27s_Lantern?oldid=2476"
Categories: